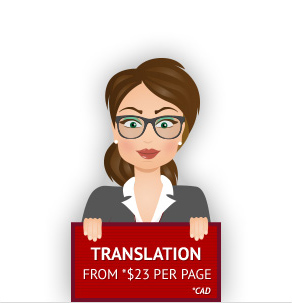 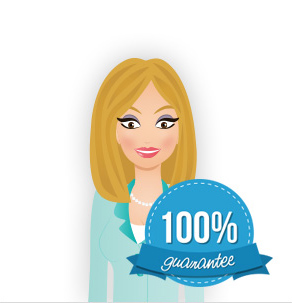 All your translation needs are met with Worldwide Express, specializing in fast paced, high quality document translation services that put you in the know. Our work seamlessly transcends language barriers, putting the world at your fingertips, and making your job worry free. Jump on board now; our translators are waiting for you. We cover all major languages, from French to Chinese, and everything in between.

In a multilingual world, great translation services are paramount. Whether you need a medical record translated into German, legal transcripts translated into Italian, or a certified translation from Russian into English, we’re eager to create an experience that will fulfill your expectations, and put you at ease. You need work done, and you need it now. We offer fast paced, error free, result driven work. You’ll get the highest quality product, all in record time. We don’t miss a beat.

An industry expert, carefully chosen for their experience, skill, and artistry, will complete the translation of your documents. We employ a highly qualified team of translators, who specialize in legal, medical, business, website, marketing, and technical document translation services. These translators provide a wealth of experience in each industry, with a flawless record of translating in fast-paced marketplaces.

We guarantee 1-4 pages within 24 hours, 5-9 pages within 48 hours, and exceptional time quotes for documents over 10 pages*. No more trekking to an office, no more waiting on the phone. We’ll even deliver a hard copy of your certified translations right to your door. We know you’re on deadline. Our online service makes life easy for companies in Vancouver, British Columbia and all across Canada.

We are the first web-only translation company in Canada, so all you have to do is send your document our way, and we will complete the translation process and return flawless results. For a free quote, simply send us the document for translation, and we’ll immediately respond with the project rate and time frame. We offer 100% confidentiality, and pride ourselves on the long-term relationships we build with our clients. With our fast service we can translate documents from and to all major languages.

Imagine the bliss of online translation services, giving you expert results without any hassle. You’ll get fast turnaround, error-free work, and all at our great rates. Our no frills operation allows us to keep prices low and quality high; making you the central focus. Our specialists will tailor each document to your needs; providing culturally appropriate work that retains every detail.

Cutting Edge Services that Put You in the Know
The world’s international marketplace gives you endless business opportunity, but it also presents countless language barriers. Our goal is to bring the world into focus, bringing you comprehensive knowledge that gives you the power to step across cultural boundaries. Our clients are international professionals in diverse marketplaces, from web development to cardiology, law to business. Each client counts on our expertise to keep their workplace smooth, meet important deadlines, and strengthen their business relationships. The world moves fast, we help you keep up.

Vancouver is a coastal seaport city in Canada, located in the Lower Mainland region of British Columbia. As the most populous city in BC, the 2016 census recorded over 630,000 people in the city, up from 603,500 in 2011. The Greater Vancouver area had a population of just over 2,460,000 in 2016, making it the third largest metropolitan area in Canada. The city has the highest population density in Canada with over 5,400 people per square kilometre. With over 251,000 residents, it’s the fourth most densely populated city in North America behind New York City, San Francisco, and Mexico City according to the 2011 census. The city is also one of the most ethnically and linguistically diverse cities in Canada according to that census; 52% of its residents have a first language other than English.

Vancouver is consistently named as one of the top 5 worldwide cities for quality of life and livability, and the Economist Intelligence Unit acknowledged it as the first city ranked among the top-ten of the world’s most well-living cities for five consecutive years.

The original settlement, named Gastown, grew up on clearcuts on the west edge of the Hastings Mill logging sawmill’s property, where an improvised tavern had been set up on a plank between two stumps and the proprietor, Gassy Jack, convinced the inquisitive millworkers to build him a tavern, on July 1st, 1867. From that first enterprise, hotels and stores quickly appeared along the western waterfront. Gastown became formally laid out as a registered townsite dubbed Granville, B.I. As part of the land and political deal whereby the area of the town was made the terminus of the Canadian Pacific Railway, it was renamed “Vancouver” and incorporated shortly thereafter as a city, in 1886. By 1887, the transcontinental railway was extended to the city to take advantage of its large natural seaport, which soon became an important link in a trade route between Europe, Eastern Canada, and the Orient. As of 2014, Port Metro is the third largest port by tonnage in the Americas (displacing New York), 27th in the world, the busiest and largest in Canada, and the most varied port in North America. While forestry remains the largest industry, the city is well known as an urban centre surrounded by nature, making tourism its second largest industry. Large film production studios in Vancouver and Burnaby have turned Greater Vancouver BC and nearby areas into one of the largest film production centres in North America, earning it the film industry nickname, Hollywood North.